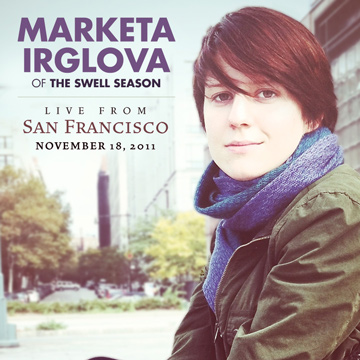 Known as half of the heartbreak folk duo The Swell Season, Marketa Irglova is no stranger to the music industry. In fact, together with Glen Hansard, they won an Academy Award for Best Original Song for “Falling Slowly” from the movie “Once” which they both starred in as well. As a solo artist, Marketa Irglova can hold her ground as she is known for her sentimental songs.

Let’s start with a song that is about beginnings: Wings of Desire. In it, Marketa opens with “I’ve often thought about the nature of our meeting / A handshake for a greeting, a look of tenderness in your eyes”. This is the kind of lyricism that Marketa offers: raw, real, and as bare as it can be. Along with other female singer-songwriters out there like Tori Amos and Sharon Van Etten, Marketa is not the one to back out from baring her soul. Artists like them are real artists because they found a canvas for their art and continuously build on it.

But perhaps the song that brought Marketa and her music to people’s consciousness is “Falling Slowly” – a seemingly simple song that builds and builds, just like lovers swaying into the rhythms of their affair. Though originally sung as a duet, Marketa’s version is nothing less short of intensity and emotions. Sometimes in music, there is nothing more you need than a piano and an honest-to-goodness beautiful voice. In this album, you can hear Marketa kind of hesitating to play this song as the crowd urges her. But of course, she gives in. She has to. It would be hard to imagine her future gigs without her playing this anthem of lovers trying to salvage a lost love.