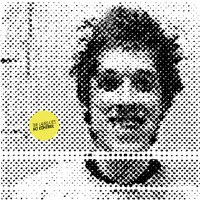 The Laureates: No Kontrol

Looking for a good, retro indie rock group these days is like playing a game of hit or miss. Sometimes, you stumble upon a really cool band whose music becomes an instant favorite the first time you hear it. Sometimes, on the other hand, you find a band that simply sticks to you for all the wrong reasons. Luckily, The Laureates is NOT part of the latter.

The group has been around since 2005 and No Kontrol is the third release from these lo-fi rockers. The album is filled with a mix of punk, indie, alternative, lo-fi 80s/90s inspired rock that calls to mind The Replacements, Pixies and most 90s underground rock groups.

These four piece Chicago group is made up of Peter Gray – Drums, Vocals, Percussion, Adam Penly – Guitars, Vocals, Trombone, Organ, Piano, Chad Preston – Vocals, Guitars, Piano and Crawfie Ward – Bass, Trumpet, Vocals. The album is released under Funambulist Recording Company. Some of their previous releases include their 7 inch self-titled vinyl back in 2007. This was followed by their debut album, There are No More Gentlemen in 2008 and their current release; the 5 track compilation, No Kontrol.

Opening with the title track, the album welcomes you with a nice upbeat indie rock track; full of energy and spunk. There’s  a nice lo-fi quality to the entire record that makes it a sound as if it was hauled from the 90s. It’s actually an upgrade from the vintage rock sound of their debut record. They keep the same aesthetic only adding more depth and reverb to this one.

Overall, it’s an album worth getting for yourself. Whether you download it for free or help out the group by buying the record, it’s definitely worth it. The band’s signature vintage indie rock sound is endearing and fun to listen to.