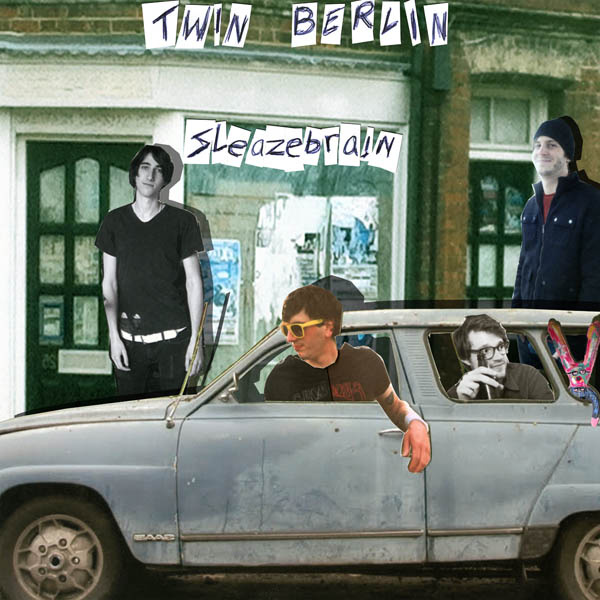 Rock will, and always be, the go-to music for people wanting to vent out just about anything.

Twin Berlin, a three-piece band composed of Matt Lopez, James Janocha, and Sean O’Neil, is bringing their “raw and belligerent music” to all of the FrostWire users and FrostClick readers alike. [And we love it.]

They’re not really metal, but not exactly cookie-cutter pop rock either. As one flips through each of the 11 tracks on their latest collection, Sleazebrain, one can’t help but admire the craftsmanship that the guys pour out onto these.

“You’re A Problem” is a modest way to kick things off – in a vintage Weezer kind of way – but “Keep Your Mouth Shut” brings things to a spunky overdrive. The tracks flow one to the other – only to revel new and even better beats with each single one. “Bet You’re OK” and “You Could Have Warned Me” are some of favorites though, so make sure to stick around.

The music journey fired off rather quickly for the band. Not too long after coming together, Twin Berlin was nominated as the Best Breakout Boston Band by MTV, caught a spot on a VMA tour, and showed up on one of Boston’s biggest indie/alternative radio stations. They later worked with Travis Baker of Blink-182 on recording some of their new music. “Their mix of gritty guitars and undeniable hooks really drew me in.” explained Barker. Catching some more of the welcome attention, Twin Berlin was than invited to play alongside Third Eye Blind, Spin Doctors, Switchfoot and Eve 6 at their Earthfest celebration at the Hatch Shell in Boston. Since than they appeared on NBC, played countless of other shows alongside some great names, and, most importantly released their first full-length album, Sleazebrain with “songs born out of anxiety and self doubt, executed with a confident, sarcastic swagger.”