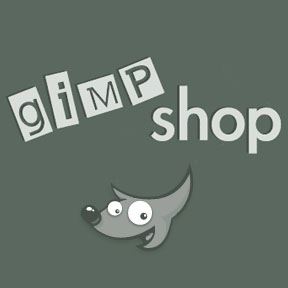 For those people who loved Gimp, a powerful open-source image retouching and authoring software, then you will love GimpShop. Think of it as a revamped version of Gimp, giving a Photoshop feel to the software. GimpShop is  a hacked version of Gimp. Since most people are used to having an Adobe Photoshop interface, Scott Moschella did what a usual ‘hardcore graphics geek’ might do: change the interface of Gimp so that people are more comfortable using it.

So if you adored Gimp but you prefer to use Photoshop because of its familiarity, then GimpShop will help you adjust to itself.

Scott Moschella said that his main reason in hacking Gimp is because he was so used to using Adobe Photoshop, so he changed the menus, dialogs and some other things to make it look as much as Photoshop’s interface. Along the way, he hopes that he has helped convert “Photoshop pirates into Gimp users.”

All the features in the original Gimp are also available in GimpShop, so former Gimp users shouldn’t worry. However, in as much as it closely resembles the original Photoshop, GimpShop does not support Photoshop plugins like brushes and macros, but it supports all Gimp’s own plugins. It does not have all features of Photoshop, either, but it still remains to be a very powerful and free alternative.

Long-time users of Photoshop would definitely appreciate GimpShop because of its similarity with one another. It’s comfortable to use, especially when you are so used to the interface of Photoshop. Tutorials for Photoshop can also be followed using GimpShop, although others may be a bit modified but can still be adapted easily.

It runs on Windows, Linux and Mac. So save a few hundred bucks and consider trying GimpShop if you need to do some image retouching or graphic works. We promise you’d think twice to be a pirate and choose to be a user.