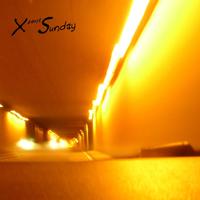 No covers, all original. This is what the 10centSunday is all about. They had created almost 40 different songs in wide variety of genres, but they have only recorded 3 songs for their first album. The band is mainly composed of 2 people, both guitar lovers and brothers, David Nickle and Adam Nickle. Avid has only 3 songs, but they well represent band’s talent in mixing acoustics and alternative sounds. With their charismatic vocals, guitar playing skills, and heart-felt lyrics, the brothers will surely captivate your heart!

Avid was released on September 7, 2009. In this album, 10centSunday welcomes listeners with “Near To You,” a soft and airy song that will catch young and old listeners with its meaningful lyrics, suave guitar strumming, and terrific blend of bass plus drums. “Dreamer” gives the mainstream feel; the band combined the sounds of their influences. The songs actually has a hint of “emo” due to its lyrics. The 3rd and last track of the album is entitled “Nothing Has Changed,” where 10centSunday demonstrated their greatness in the acoustic genre.

Since they have only released 3 out of 40 of their songs, this gives the assurance that listeners will hear more from 10centSunday. Quoting the “Our style is broadening, reaching towards punk and dance, and a very slight twist in hip-hop. The key word there is REACHING. Our true passion is what we’ve already done. We want our fans to be able to listen to entire albums by one band in one sitting without getting bored.” And they’re right; their vision for music is very evident in Avid. Big artists should make their way because 10centSunday brings the best out of the indie-alt-pop-rock universe.