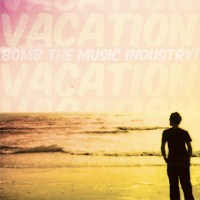 Known not just for their upbeat indie rock offerings but also for their ethos, Bomb The Music Industry! is back with their latest record – Vacation.

Abbreviated as BTMI!, the group has been together for some time. They’ve released several records and are known to be firm believers of distributing their own music. Following their DIY credo, the guys distribute their music for free and are known to perform only for a general audience while not charging more than $10 for the ticket.

With their mix of punk, pop and fun indie rock, Vacation is impressing both fans and new listeners alike. So take a listen.

As mentioned, these guys have been around the block more than once. They released their first record, Album Minus Band, back in 2005 when the group (spearheaded by Jeff Rosenstock) still called themselves The Arrogant Bitches. After various lineup changes and quite a handful of albums released since then, the band comes out with their 2011 record, Vacation. Considered by many BTMI! followers to be their best material to date, the album still exudes the classic sound of the group yet successfully adding a mix of new instruments to keep everything fresh and interesting.

One of my personal picks for standout tracks includes the opener, Campaign For a Better Next Weekend. The song incorporates beautiful piano work on the intro; carefully molding the song guitars, lyrics and various other details also contribute to it’s climax. By the latter part of the song, you’re greeted by powerful screaming vocals, loud smashing drums and a drone of guitars that gorgeously convey the band’s energy.

My other favorite from the record is Sick, Later. The track is a fury of indie rock. It’s filled with your traditional catchy lyrics, likable guitar licks, shouty vocals and an overall fun vibe. The song also cleverly mixes in hand claps and blatantly showcases the band’s Weezer influence. It’s a great summer song you can play throughout the hot months.

Vacation is one album that will fit nicely on your summer soundtrack playlist. Definitely something you shouldn’t pass up on. You can grab the download from Quote Unquote Records. It’ll be worth the space on your precious hard drive.