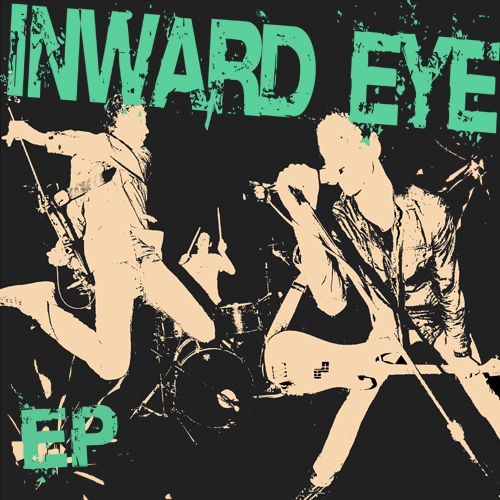 Bring out those funky electric guitars and start the head bang, Inward Eye gives back to their fans through their debut EP. Inward Eye EP is all about rocking the house with a classic rock sound, which struck other musicians to the side. The EP consists of 4 hard rocking songs, “Shame,” “Blind Paranoia,” “You Know I Know,” and “Times They Aren’t Changing.” Inward Eye is composed of the Erickson brothers: Dave (vocals/bass), Kyle (guitar/vocals), and Anders (drums). Under the influence of several rock gods, they do know what it means to play the instruments and sing their powerful compositions enough to blow rock enthusiasts away.

The brother’s rock obsession started when they were young. They would hang-out in their house’s basement to listen to their father’s collection of vinyl – not just an ordinary collection of vinyl, but the records of The Mick, Rolling Stones, and The Kinks. From this early experience, it gave birth to their passion for high-voltage and rebellious rock style. “Shame,” the first track found in the EP, made them sound like “a bunch of veteran musicians doing songs they wrote in the Sixties.” They also have produced a music video of the said song, viewable in their YouTube account.

The song is about the problems and the injustice around us. The band even admitted this, “We’re twenty-somethings being thrown into the adult world and realizing this is kind of a screwed-up place.” Mixing “Shame” and the other three songs resulted to an EP that offers deep anthem, soon-to-be-rock-stars feel, and nerve racking mantra.

Inward Eye EP is a must have for all rock lovers. The band does sound better and younger than their influences, but their essence of being one with the rock genre will truly make listeners feel the best of classic and hard rock.

The ‘Download Album’ link above requires your email, date of birth & you country info – it’s free, but they just want to gather some info about their listeners..