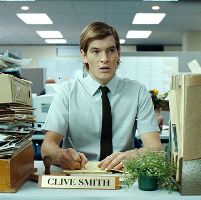 Treat yourself with this award-winning short by Helena Brooks entitled Nothing Special.

Nominated to the Cannes Film Festival, this 11-minuter short tells the story of Billy who becomes the reluctant subject of worship when his delusional mother decides that he is a Jesus reincarnate.

It’s a rare thing to be mesmerized by a single film, but that is exactly what happened upon watching Nothing Special. Kip Chapman is a delight to the title role, making us laugh and feel empathy in a natural manner. Heather the eccentric mom played by Alison Routledge adds a quirky flair to the film.

The narrative is compact and solid as it bursts forth in colorful fantasia and witty dialogues. The adorable ending was also a pleasant way to close such a well-made masterpiece.

Technicality wise, using Super 16 for the shots were very effective. From the childhood of billy to the grocery scene, the production value gave justice to such a nice story.

Nothing Special is a rewarding experience oozing with a lot of creativity. The playfullness, wit, and charm of this film makes this something to add in your weekly must watch.