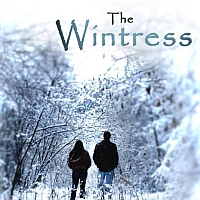 The Winstress is a 26-minute suspense-psychological thriller about an abused wife, Liz (Stephanie Johnson), who recently discovers that she can stand up for herself, and she is strong enough to face her fears, the worst of which is her violent husband, Sam (Heath).

The film’s writer and director, Bill Everman, also stars in the film as Mike, a longtime friend of Heath. It seems Mike is very close to the couple, and so it is easy to see why he decides to drop by at their place when Heath didn’t show up at work one day. As tight as their bond may be, Mike, Liz and Heath are only about to discover the true depth of their friendship.


A few minutes into the film, I knew right away that I would stick to it because of the stunning winter imagery from the very first scene. Kudos to the Director of Photography, Michael Steinbeck. Bill Everman was very convincing in the most pivotal moments in the film, but towards the end, the acting was a little bit corny. However, as a director, he has a done an amazing job in The Winstress, considering this is his directorial debut. He knows how to tell a simple, quite predictable story and make the viewers hang on. (If you have watched the film, no pun intended here.)

Stephanie Johnson was a perfect cast for her role because of the quiet, timid darkness about her eyes and the way she looks. She makes meaningful quick glances that is so convincing that one could easily guess what is going to happen in the movie. You stay on, nonetheless, because as I’ve said, the photography is just stunning.

Overall, the film’s catch phrase definitely works: “Can I show you something?”

I would recommend this film to friends if only to spark a conversation on domestic violence and the possible repercussions that many people are quick to deny or downplay.