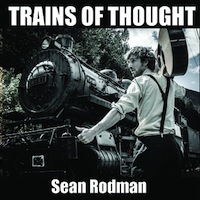 The album is something of a roller coaster of musical styles, songwriting approaches, and emotions. But most notably, surpassing it all is the vocalist’s flabbergasting power to make us hang on every word.

First stop is title track Train of Thought, will literally make you feel like you are riding on a train. The production is an authentically regal creation, bursting with richness of substance.

City Life speaks with honesty and clarity about the mysteries of life. While Disappear is nothing like the previous tracks of this EP. The singer communicates well enough that it is hard to imagine anyone who not be moved by the beauty of this music.

The first half of this record sounds as good if not better than anything they have ever done. By shunning a contemplative approach, he has succeeded brilliantly in progressing a line between complexity and familiarity.