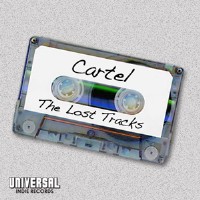 Presenting talented MC slash Producer…yep, here’s one you missed. Seems like every MC out there has held this title, but few who make the jump from producer to MC actually have what it takes. But trust me, you’ll be glad that Cartel’s Lost Tracks didn’t remain lost for good.

One half of the duo making up Homegrown Records, this isn’t Cartel’s first foray into releasing an album. Prepare for Glory was his first release followed by this true underground hip hop gem, The Lost Tracks. Cartel certainly proves naysayers wrong, being a producer/MC is possible especially if you have talent like this guy.

New York underground producer Cartel knows this business inside and out. He’s one of the rare few who still cares about beats and rhymes, otherwise, the soul core of hip hop music. The rapper/producer admits to belonging to “the golden age of hip hop, with Public Enemy, Big Daddy Kane, De LaSoul, Queen Latifah…” Something that, unfortunately, is difficult to find in the industry today.

The Lost Tracks is a compilation of tracks recorded by Cartel between 1990 to 1997.  For the producer, it’s a thank-you to everyone who listened and downloaded the first album as well as to those who can’t wait for his album, The Throwback. This compilation brings 10 hard beats with sharp lyrics that was recorded when hip hop music was at its peak.

Opening with The Crime Lord’s Criminal Thoughts, the track gives the lowdown on what’s going on in the streets of Queens.  It depicts typical reality in the streets of underground New York where life is far from being a walk in the park.  On the other hand, Nobody Plays Hard by the Graveyard by The Leftside features one of the first appearances by Cadillac Tah of Murder Inc.

True to his love and passion, The Lost Tracks is filled with tracks that echo what hip hop was like when it was at its peak. It’s an age of hip hop culture where beats mattered and every artist centered in creating his own thing. Unlike what we have today where fitting in the mold has become the norm.

Cartel remains as one of Jamendo’s most downloaded hip hop artists. It just proves that there’s a lot of love for this guy in the underground hip hop community.