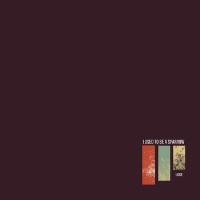 I Used To Be A Sparrow: Luke

There’s actually two people behind this dreamy electro indie pop number; I Used To Be A Sparrow is composed of Dick Pettersson and Andrea Caccese.

Luke is an 11-track compilation that combines pop, alternative and a bit of indie all into one enjoyable fusion of sound. Even though “dreamy indie pop” tags are a dime a dozen these days, there are the occasional exceptions. This album is one of them.

Released just last February 2012, this one is a great keeper, whether you love all out dance pop or slow acoustic tracks.

In their Facebook page the band is described as being able to capture, “the honest urgency of a garage band and the powerful impact of an arena rock act.”

True enough, the album has the epic proportions of arena rock but with a homey feel. Opening this record is Cambodia, a track that starts with a quiet melody and goes to impress listeners with its alternative pop style. Other upbeat singles to look forward to include Smoke, Let Go and Moby Dick.

On the other hand, the duo doesn’t shy away from acoustic driven tracks as well. You’ll find a softer side in cuts like Give It Up and Lovers on the Moon. Both cuts are acoustic escapes that provide a nice variety to the mostly indie dance pop cuts.

Overall, Luke makes for a great record to check out. It’s a fine debut for a band that’s fairly new in the music scene and it definitely lights up a bright future for the duo. Take a listen and grab the download. You can also help them out by purchasing a physical copy of the CD.