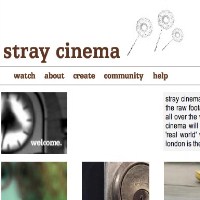 If you have been looking for way to try out film making but you simply don’t have the resources and time to put together and entire set, gather a cast, and find the ideal location, then you might want to give Stray Cinema a try. What is Stray Cinema?

It’s an open source film that lets you use the raw footage and allow you to piece together each one to create your very own movie. Essentially, the challenge is to create your own version, maybe even better than the director’s take of the film.

The program will let you edit the raw footage so you can make the film entirely your own. Straycinema.com also holds contests and conducts screenings based on the participants’ works. So if you have been looking for something to help you give film making a try, Stray Cinema could be your best bet.

Stray Cinema is actually more than just an open source film. It provides various people, especially enthusiasts, a chance to create their own version of the film. The idea for the film started out in 2005 when the first film was shot in London. It was created by a number of people who had no previous experience when it came to film making, they only had related experience. With the use of a digital camera, the main concept centered in providing people access to creating their own version of the movie. Since 2005, new raw footage has been shot in many different countries; the most recent of which was shot in Barcelona, Spain.

What’s great with Stray Cinema is that you can also incorporate free music to the edited parts of the film. Over 65 bands have made their music available for people to use on the website. If you will be trying out editing for the first time, you can get tutorials from the site.

Stray Cinema is a great concept and certainly helpful to those looking to try their hand at editing a film. Moreover, you can also join in on the contest and see whether your cut will make it. All the contest details can be found on their website.