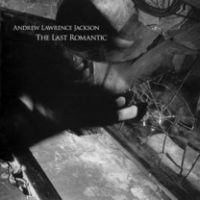 Andrew Lawrence Jackson’s “The Last Romantic” conveys quiet but subtly strong provocative emotions through the words and melody of each track. Not that Jackson has become predictable, but this album has all his usual overarching themes of life, love, and dreams.

And then Jackson uses his own good vocals as a bonus element. The influence of the 80’s electro beats is apparent in the album, as much as Jackson’s distinctive way of neatly expressing an otherwise messy pile up of thoughts and emotions in one’s over-analytical romantic head.

Standouts in this album are “Your Dreams,” “Return To Love,” and “The Last Romantic” for its haunting melodies that linger in the air long after the song is over. That Jackson can put up a one-man show as singer-songwriter and multi-instrumentalist brings out the best in each track as he knows which instruments best highlight the subtle points of each song.

Andrew Lawrence Jackson has released several impressive albums in the past. He was also a founding member of both the techno-pop Science Patrol and the post-punk/avant-pop band Zru Vogue. Jackson’s words usually touch on the profound aspects of life and existentialism. He marries his words with powerful haunting melodies all the time and voila, he usually comes up with brilliant pieces. This latest work is no exception.