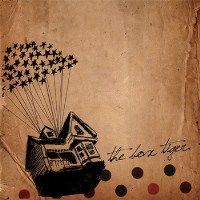 Upbeat, exciting and energetic. Those words best describe Toronto’s The Box Tiger, an indie rock quartet first started back in 2009. Although fairly new in the game, they’ve managed to release more than just good debut and has garnered an impressive amount of listeners despite being only 2 years old.

Led by founder and frontwoman Sonia Sturino, the band has an inherent maturity both in their sound and instrument playing. Many of the songs included in this self-titled EP are well-constructed, not to mention very catchy.

This self titled record contains 5 songs that float in between indie, alternative rock and dance. There’s a nice dynamic in the band’s sound that makes it really likable. Sonia’s strong vocals are reminiscent of Saffron from Republica and it’s this stand-out vocal work that gives the songs much of their character and personality.

Starting strong with, Faceless, the song comes with a very catchy beat accompanied by Sonia’s sightly spastic vocals. It comes through like a punch in the gut, with loud guitars and upbeat drums. Keeping pace, the middle songs like Feel It, Comes and Goes and The Ballad of My Bones, continue on with the frenetic sound. The last track, appropriately titled Ending Song, is the only one that changes tempo. It’s a 2 minute piano rock ballad that features a different side of the band; showing audiences that they can tone it down if they want to.

Although the album has only 5 tracks, it’s enough to solidify the band’s music into your head. Personally, I really liked it. There’s no denying that Sonia’s vocals play a prominent part but the instrument work was pretty good as well. Most of the songs are very catchy and I think the album is definitely worth your time. Give it a go.