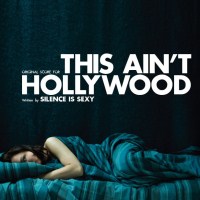 Silence is Sexy: This Ain’t Hollywood

Silence is Sexy releases their first foray into the online indie music scene with This Ain’t Hollywood. This is the indie pop rock group’s second full length album. After relative success with their first commercially released record, the band decided to take the open source route and released their second LP directly online.

As a result, Silence is Sexy is garnering plenty of online buzz. Their album is filled with lush, beautiful, indie rock tracks that gives even  successful indie rock groups a run for their money. This little group from the Netherlands have been receiving plenty of worthy buzz lately. It’s not unexpected though, after listening to This Ain’t Hollywood, it’s clear that they definitely have something to show for.

The record bounces between dark wave contemporary to a hint of progressive. Most of the songs are filled with catchy beats that are filled in with alternative guitar riffs and laid-back-indie-boy vocals. Title track, This Ain’t Hollywood, is quite lovable. A bit typical and plain but then again, all great songs often come out simple despite the layers of ingenuity stuffed by its creators. Closing Titles is an acoustic melodic track that reminds me of Radiohead. (Heck, even the vocals sounds like they ushered in Tom Yorke for the part!) Other tracks worth noting include 1984 and chanty pop rock opener, Come Back To You.

Currently, the group is  hoping to get to touring soon; promoting their music. In celebration of their album’s first year of release, the band recorded several tracks from the album in collaboration with The Royal Republican Orchestra. This is also available for download on their BandCamp site.