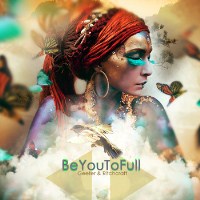 Montgomery emcee, Geeter, and producer, Ritchcraft work together to create a powerful and “beyoutofull” record. Composed of 9 tracks, Beyoutofull is a flourishing collection of gorgeous and catchy beats.

Geeter is an Alabama native. He grew up in what is considered as one of the worst neighborhoods in the area called King Hill and used his experiences to create lyrics for his music. On the other hand, Ritchcraft, is a Canadian producer/beatmaster that can pretty much create some seriously catchy piece for anyone to enjoy.

Together, they create an album whose tracks would easily become a hit in your playlist.

Approaching hip hop in a positive light, the tandem manages to create tracks that are filled with catchy beats as well as seriously expressive lyrics. The album title is actually made up of two songs (the beginning and ending track) in the record. Be You, starts off everything with a nice rhythm. Like majority of the tracks on the album, Geeter spits out reality. He describes the situation in his neighborhood including being told by his dad that he was never gonna get out of the hood.

Thanks to Ritchcraft’s succinct mixes, you’ll get one smooth roll of great beats and samples that cradle the lyrics perfectly. A few other tracks worth checking out include Self Made, Do It Now ft. Struggle Struggle Kayo and of course, closing single, To Full.

Beyoutofull might have an oddly spelled titled but it’s an album to take notice of. The songs have that special flair, and showcases the perfect combination of inspiring lyrics and interesting beats. It’s not all the time you come across such good balance in one record so go ahead and take a listen. This should be an easy decision to download.