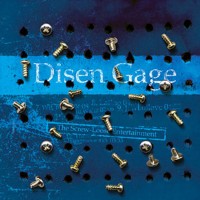 Progressive rock like no other from the Russian Federation. Bio chemists by day to prog rock minor gods at night, Disen Gage creates a fusion of jazz, rock and ethnic sound that doesn’t shy away from complexities.

Made up of guitarist Konstantin Mochalov and Yuri Alaverdyan; bassist Nikolai Syrtsev and Eugeniy Kudryashov on drums. Three of the members initially met up in 1999, when they were still studying at the Moscow Engineering Physics Institute. Later on, they were joined by Eugeniy on drums and pretty soon the band became well-known along the local college band scene.

Disen Gage is known for their highly intricate and creative progressive sound. The group has received plenty of praises for sounding a lot like King Crimson. In fact, the group named themselves after a track from Robert Fripp’s Exposure album.

So far, the band has released about four albums. The Screw Loose Entertainment is the first album from the band. It showcases a whole range of emotions and creatively expresses them without really need words. The bass guitar work is beautiful and of course, the percussions don’t shy away from complex beats as well.  Of course, the guitar work is something to rave about as well. An occasional electronica element is sometimes introduced as well as the appearance of a saxophone. This gives the sound a jazzy feel, which works great with the fun, complicated, carnival-like sound from the band.

This work is licensed under a Creative Commons Attribution-NonCommercial-NoDerivs 2.0 Germany License.