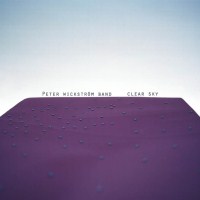 To say that Clear Sky by Peter Wickstrom Band is a great and relaxing album is a complete understatement. According to the band, they wanted to focus on a different approach when it came to music. Instead of creating romantic love songs, they focused on creating songs that tackle “clarity and stability.”

The resulting album is a beautiful and melodic set of cuts that’s well-balanced and definitely relaxing. Its hard not to fall in love with the album especially after a couple of listens.

The album opens with, Have You Seen Him Lately; its gentle acoustic folk feel is enough to make you want to take a seat somewhere and just take in what’s around you.

Most of the cuts in the compilation carry this vibe throughout. When I Go opens with strong vocals and simple guitars. It’s as  stripped down as you can get until the keyboard enters and carries on this onset of soothing sound.

This awesome groups is made up of Peter Wickstrom on vocals, Iver Heden on trumpet/computer and William Schotte on guitars. Currently, the group is unsigned and finances their projects with donations from fans who download the album. The band says that they adopted the Balanced View when it came to creating their sound.

Their website adds, “It allowed the band to act from clarity. What used to be hard work turned into restful moments and clear decisions. Less stress – More fun!”

Judging from the results of their music, it seems to be working, and working great at that! Hopefully, they’ll be able to come up with an equally soothing and impressionistic set of tracks the next time.

This work is licensed under a Creative Commons Attribution-NonCommercial-NoDerivs 2.5 Sweden License.