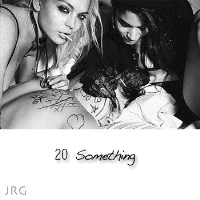 Hip hop recording artist, DK aka Wayne Watts debuts his latest release, 20 Something. The album combines positive rap lyrics with great beats and a catchy hip hop vibe. The artist has collaborated with several prominent artists, both in the hip hop scene and outside. He has also recently opened for The All American Rejects.

The artist has released several albums and mixes under his belt ever since he started out. Among his initial efforts, he released a full length album, That’s My Boy (between 2003 to 2007.)  He has also released other compilations like Tha Firelane Project (EP), his mixtape, While You Were Sleeping and this free digital download, 20 Something. This compilation is the most recent one Watts has to offer and it’s definitely a solid collection of beats worth checking out.  This new record features a laid back vibe that’s easy to love. DK’s smooth rhymes and positive lyrics add a great depth to every single one of the tracks. Listening to him actually makes you think of rappers back in the 90s, the only difference is that the music is mixed with a modern twist.

The compilation opens up with the title track 20 Something and features producer Just Really Good. Watts’ vocals are pretty smooth and quite endearing. Another must-listen track is I’m A 80s Baby. If you are an 80s baby (like me) then you’ll definitely have a heart for this song. Watts namechecks tons of things that have influenced him during his childhood. He also narrates his transition to the 90s.

DK has had a good run so far. His first album, That’s My Boy actually became a big hit when it first came out. It even garnered him a mention as one of the Best New Hip Hop Artist for AOL – Music Artists (2007) right next to Jay Z, Keyshia Cole and Dizzee Rascal.  Fast forward to 2010 and DK was seen promoting his new record, The Firelane Project ( full album). He toured both locally and nationally as well as performing in college clubs and festivals to simply promote the album.

DK aka Wayne Watts is a 25 year old Batimore native who has been in the business ever since he was just 16 years old.