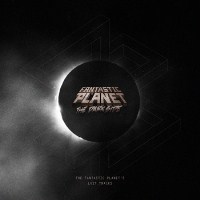 Released on the first half of 2011, The Darkside is the second part of the Fantastic Planet record. The album is a mix of upbeat hip hop and rap along with electronic synths littered here and there. It features remnants of tracks from the Fantastic Planet compilation that were previously unreleased.

Spearheaded by La Fine Equipe and American rapper Mattic along with other talented artists, the album is a comprehensive record that combines talented rapping, samples and beats. Pulling together 13 tracks, it’s a likable record you can play in the background as you cruise on through your day.

Best part is that it’s available as a free download on Nowadays Records BandCamp page.

Incorporating trip-hop elements, rap, movie & TV show samples and so much more, the record gathers from different avenues and beautifully combines them to form a dope track. The short but sweet, The Boom, is a great example of this adept combination. The song is uptempo and features an amazing balance of samples, beats and mad rap skills showcasing the MC’s capabilities. Like This, meanwhile, is a laid-back and relaxing single that mixes rap with spoken word. There’s an air of jazz enveloping the song adding a nice layer of interest to the song.

These are just two of the tracks you can enjoy from the record. There’s still 11 more cuts that each carry its own identity. Production values are really good and talent is definitely there for everyone involved. It’s a very solid mix that’s definitely a great find in the world of free legal music. Worth your little drive space. Give it a listen.