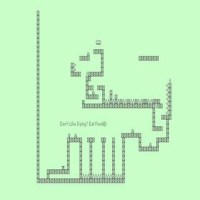 Being Struck By Lightning is Probably the Best Way That You Could Die On Account of All of Its Awesomeness definitely has an extremely long title. To make up for it, the developer’s made sure that it’s going to be worth your while.

Created as an entry for Gamejolt’s Shocking Contest, the game is a fun but notoriously tough platformer that will probably make you want to pull your hair out occasionally. However, if you are a glutton for punishment or you simply have too much time to spare, give this one a go.

In the game, you control this  little pixel dude who must avoid spiky traps and enemies just to get to this little cloud and well, get struck by lightning. Awesome game. Give it a go! Being Struck By Lightning… is definitely a fun game worth checking out. Although the gray and green graphics might look very simple, it’s actually quite difficult to even finish some of the later levels. Pretty much, the more you play, the more challenging it gets.

This deceptively simple level design is one that requires mention. Initially, you wouldn’t think that it’s so tough to avoid spikes and enemies in games but this one takes the cake for making this just insane. So expect to find yourself keyboard smashing after several levels because that’s essentially what the game lets you do.

The game features 15 levels and you are one lucky sport if you ever manage to beat all of them. I think very few can actually claim that title and most who have are either supremely stubborn against letting a game beat them or simply have mutant lightning quick reflexes that you don’t have. Anyway, the game is quite addictive especially if you hate the thought of losing to a game. Try it out for yourself and see how long you last.