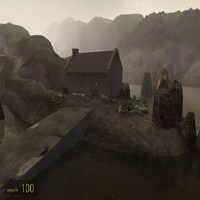 Dear Esther is not your typical game. There’s absolutely no gunfight, no puzzles to solve and no princess to rescue, but this creepy Source Mod has definitely captured the attention of more than a few gamers out there.

Released back in 2008, the game features a unique take on first person gameplay. The game is a bit tough to discuss since it showcases a fragmented plot and no real, or actual gameplay happening. You simply have to follow along and see where the game takes you.

The game was created as part of a research project by Dan Pinchbeck from the University of Plymouth in the UK. Dear Esther has won critical acclaim ever since it was released. It incorporates beautiful graphics and an interesting gameplay that most players might not have encountered before.

Focusing mainly on exploration, players are guided by a narrator who only shows up whenever a player reaches a specific location. These narrations are given at a random so there’s really no sense of coherency to them. Because of this, the player is forced to come up with his own answers; allowing them to be subjective and to engage in a psychological dialogue with the game.

Dear Esther also features a very appropriate soundtrack created especially for the game by Jessica Curry. If you are up for a new experience in gameplay, then this is the game to try out. For an hour or two, forget and drop all notions of what a game should be and shouldn’t be and simply explore the unknown.