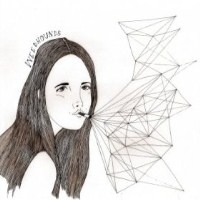 Containing four upbeat and lively songs, this demo was immediately followed up with the release of a single as well as a split 7″ with the band Dude Japan. This New York four piece is certainly worth watching out for.

Plenty of fans have described this band as shoegaze, and indeed, there are hints of My Bloody Valentine and Dinosaur in there, I personally don’t think they’re entirely a shoegaze band. Although the swirling guitars, dirty and raw recording is in there, there’s a nice indie pop rock quality to their sound that makes you want to drift off while listening. It’s like a movie sequence where the star is happily running and frolicking around in the park and smiling from ear to ear. As weird as that may sound, it really does make me think of happy times. There are only four tracks in this demo but it’s enough to define the band’s sound.

Opener, Embrace (More of Less) is an up-tempo track that’s filled with jangly guitars, lovely vocals and rolling drums. It’s followed by the noise infused cut, In The Afternoon. Although the song might be a bit “dirty” for some people.

In the end, the compilation is worth checking out if you love that indie shoegaze sound. Personally, I like it. Even though the recording quality might not be completely top notch in places, this adds to the personality of the songs. Take a listen and see if this the sound for you.