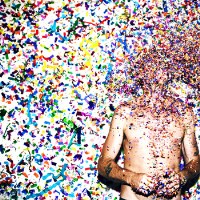 Finding Fiction: Try This At Home

Finding Fiction is one of those bands that just sprung out of nowhere to fascinate, impress and titillate listeners everywhere. Their brand of indie pop is energetic and fun, with tons of quirky instrument use in between.

With the help of Craigslist, the band first got together back in 2008. Things went by really quickly and within one year they already started touring and managed to release their debut compilation. Now a couple of years old, the guys are gaining better foothold than ever; dropping their latest EP, Try This At Home just last August 2011.

Finding Friction is made up of Tim Farr, Mario Santana, Adrian Granada and Scott Eisenberg. In 2009, the group went ahead and performed 150 shows all across the country, together with their trusty old van, nicknamed “Ron Burgundy.” Thanks to this exposure, the band managed to create quite a stir in the local indie crowd and of course, tons of indie-loving net surfers also took notice.

Their first few albums include: Plastic & Change EP (2008,) Idaho By The Sea LP (2009,) and On Your Sleeve EP (2010.) Much like their previous release, this latest record is a nice blend of fun and upbeat tracks designed to make you feel good. Try This At Home might be a short EP with only four tracks on the credit,  but each song runs for more than 5 minutes; beautifully extending the mayhem and charm of the mini release.

Starting with the indie pop hodgepodge, Migraines & Sheep; the song mixes vocal harmonies, cymbals, keyboards and even threw in handclaps for good measure. Meanwhile, Panic Rooms, lean more on the dancy, trippy and sometimes hipster side of the band. The song is quite catchy and very danceable. The last two tracks also hold true and are filled with that bouncy energy and color that Finding Fiction has mastered so beautifully.

In the end, the EP is definitely one to check out. It’s a kaleidoscope of sounds that easily pleasures the senses, enough to make you want to leave it playing for a good long while.