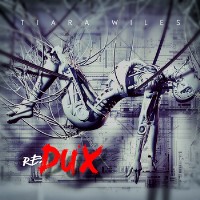 Tiara Wiles has been around the scene for quite a while. Since 2008, she’s released a record for almost every year and she’s showing no sign of stopping just yet.

Raised by parents who love music as well, Tiara has explored and experimented with her music. Ever since she first released her debut EP, A Rosenberg Oddisee back in 2008, her music has evolved to include a variety of genres.

For her latest effort, Re: Dux, her sound is a bit more electro pop oriented yet it still bears that signature Tiara touch.

Re:Dux features 7 upbeat tracks that heavily play on the singer’s forte: her beautiful voice. Coupled with catchy beats, each song transforms into a dance party staple without much effort.

After kicking things with a short intro, the album bursts open the doors and heads straight for the dance floor in L3 [Live.Love.Life;] a track that sums up everything about this record. Containing a very catchy pop rhythm, it’s a song tailor-made for the charts. It’ll get you toe-tapping or head bobbing as Tiara beautifully showcases her smooth vocal chops.

The entire lot of the EP is really one big party album, save for the last cut, I’m Through. The final song which has a slower R&B groove, is a typical girl-scorned-love ode. Thanks to the smooth beat, it’s on par with some of the best Beyonce tracks out there.

Released last May 2012, Re:dux is a promising record that fulfills most people’s criteria of a great dance pop R&B record. It has catchy hooks, awesome beats and a voice that makes the songs even easier to enjoy. Take a listen and hook yourself up with a download.