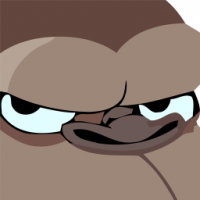 The overwhelming success of Rovio’s Angry Birds has just inspired developers to bring in something close to the franchise. There are numerous apps on iOS and Android that go all out and copy the Angry Birds game. So here it is, another feather to the cap and this one is called Angry Monkey, developed by Game Boss.

Yes, the entire storyboard of the game revolves around an angry gorilla who is furious about his banana being taken away, and stopping at nothing to get it back. Deja Vu? No, its just that, in Angry Birds the pigs rob the eggs of the birds, and in return the birds get angry.

In Angry Monkey, you take the banana which belongs to the monkey and this gets him furious. There is not much to talk about game-play really. Its all about the player changing the position of the fruit so that the animal is not able to ‘snatch’ it back.

Angry Monkey is another of the typical games out there, yet it does a job of keeping you occupied perfectly. Flicking the banana around the screen and testing your reflexes against the monkey’s stunts is really fun. Visuals are just fine and gameplay very simple.

Overall, a very simple casual game which has already hit 2,100+ downloads on the Android Market.