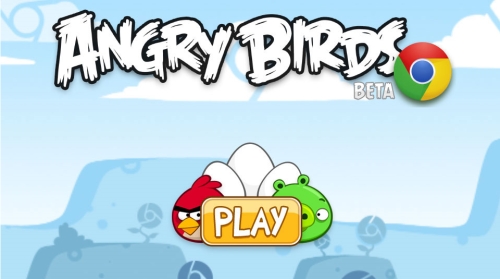 Angry Birds by Rovio is undoubtedly the most popular game out there with smartphone downloads hitting the billion mark. And now the whole magic crashes on the Google Chrome web-browser. No need for an iOS, as Android device’s most enchanting casual game experience is now right on your desktop PC; so use all those angry birds to crash and destroy the green pigs who stole their eggs.

There are currently two versions available of the game; SD Version (Standard) and HD Version (High-Definition) depending on the graphic card, RAM and other resources available on your PC.

Playing the game on a LCD monitor on full-screen mode really heightens the game experience, making you want more of the Angry Birds with special powers, those which explode, zoom-faster, multiply, or who drop off exploding eggs. This is not all, however, as after completing all the 3 stages of the game with 20 levels per stage, Rovio decided to unlock an entire new level exclusive to the Google Chrome user.

The gameplay is slick and very cool, just so are it’s graphics. There is nothing better to have on your desktop every time you find yourself in need for some quality distraction and the best news about the entre deal is that the game comes for free. The only thing needed to play is a Google Chrome browser (which incidentally is also Free). So gear up and start firing those real Angry Birds and catapult them to get their revenge.