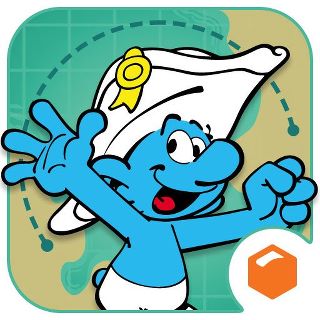 Smurfs is a well known big franchisee and the little blue species are adored for their cuteness quotient. Now it is time to stay connected to them through your Android and iOS device. Smurfs’ Village has finally invaded the smartphone ecosystem so grab a download and enter this one crazy blue world.

Created by Beeline Interactive, this developer has a huge kitty of games under-their-belt but it is the Smurfs’ Village that will appeal greatly to all the Smurfs loyalist and hardcore fans.

In-game players get a choice to take on the role of their favorite smurf characters under the guidance of Papa Smurf. The other Smurfs in the game are Smurfette, Lazy Smurf, Baby Smurf, Handy Smurf and Jokey Smurf among others. The objective of the game lies in the player with the help of Papa Smurf, to build a new village for the cute blue characters as Gargamel had found the Smurfs’ village and scattered them far and wide.

The game takes cues and is based on the original cartoon and comic art. Smurfs’ Village looks to be a normal point-and-click fun game, but in reality it gets a whole lot complex with advancements. Initially, players begin the game only with a single mushroom house and a deserted plot of land. From here, players need to make smart and quick decisions for advancement progress in building houses, elaborate gardens with colorful crops, bridges over rivers, trodden paths and the likes.

The game gives full-fledged freedom to players to build a whole Smurfs’ Village from the scratch and give it their own personalized touch. The game has also boasts of its own fare share of mini-games, such as, Greedy Smurf’s Baking Game and Papa Smurf’s Potion Mixing Game. Smurfs’ Village integrates well with Facebook and players can send gifts to their friends’ villages.

Overall, the game is great and rates high on the play-ability factor. The game is social, casual, fun as well as personal. So all you Smurfs fan out there, it is time to adorn your device with these adorable creatures.