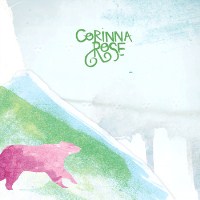 Folk songs always make me smile. There’s something about that slight honky tonk banjo sound that makes me think of life as a piece of cake.

This self-titled debut from Corinna Rose is no exception. It comes with that feel-good sound that you can play over and over again without getting tired. This is the first compilation for the singer, although she’s released several singles before this one.

This time around, she’s armed with an acoustic guitar, a banjo along with her beautiful voice; ready to showcase a short EP that is both enjoyable and worthy of a listen.

Corinna Rose is actually the moniker of Corey Gulkin; a Montreal based singer that admits to being influenced by artists as diverse as Weezer and Regina Spektor. It’s this love for folk, pop and rock that has helped shape the tracks in this record. The album brilliantly captures a warmth and a certain joy sometimes the lyrics are also quite thought provoking.

Opening with Belle Guitare, Rose sings about getting her guitar as well as the many things about life. From wishing to have “a less simple life” to talking about losing grip on their partners. It’s an upbeat song that sticks for a good long while after a few listens. It’s followed by a melodic track titled, Hymn for the Hearbreaker, where the artist shows off her banjo playing skills. Moreover, Amanda is also another quiet track which showcases Corinna’s skillful banjoy playing and knack for creating dreamy folk cuts.

The EP is capped off with Born On a Mountain, which ends the record in an upbeat tempo. It also makes you think of lush countrysides where you can run around and simply feel good about everyday life.

Overall, you get an exciting compilation that’s perfect for folk lovers everywhere. It’s a bit too short and ends rather abruptly just when you’re starting to fall in love with the songs but nevertheless, it serves as a great introduction to the artist and what we can expect in the future. Take a listen.