The Symphony of Science: Collector’s Edition 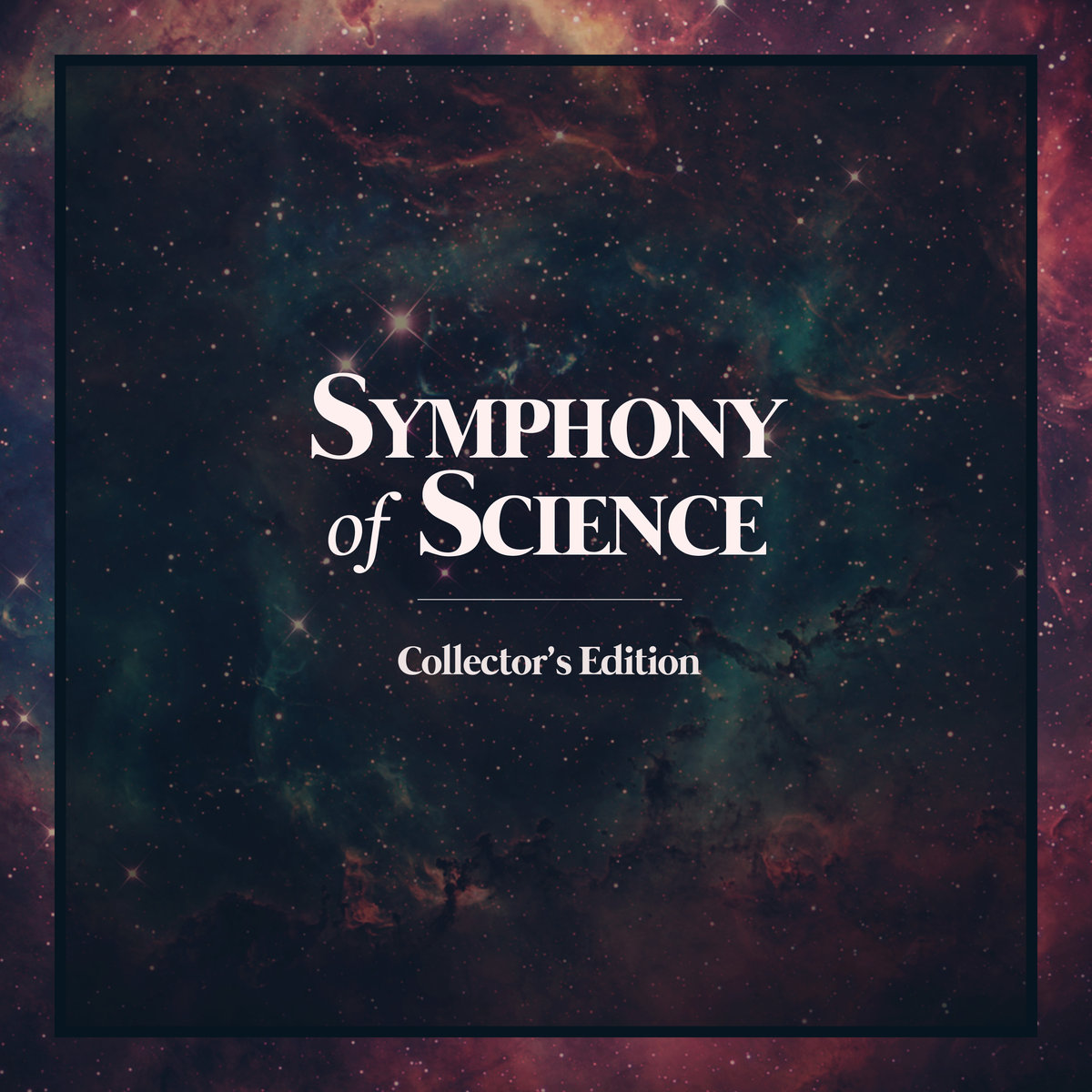 Occasionally, you’ll come across really unusual albums online that you can’t help but be fascinated with. The Symphony of Science is one of these records. Taking a clue from the title alone, you can tell it’s gonna be a geeky and quirky ride.

The idea behind the record is to bring “scientific knowledge and philosophy to the public, in a novel way.”

Spearheaded by John D. Boswell, he initially released the experimental collaboration on video. Combining lectures and essays with a mix of electronic melodies, he created a unique record that’s not only enjoyable but also quite enlightening.

Maybe it’s the pure geekiness of the lyrics but there’s no denying that an album like this takes a very special type of audience. Opening with We Are Stardust, the track features American astrophysicist, Neil deGrasse Tyson. In the track, you’ll hear the scientists’ main idea of how we are made up from star dust and have evolved into who we are.

Each and every song expands on ideas about evolution and fate of humanity. Tracks like Children of Africa: The Story of Us, discusses the “cultural evolution of humans.” The 4-minute cut discusses man’s origins from Africa, expanding through its conquests in Europe and even to the space age. It’s an enlightening single that’s narrated/sung by Alice Roberts, Jacob Bronowski, Carolyn Porco, Jane Goodall, Robert Sapolsky, Neil deGrasse Tyson and David Attenborough.

Apart from these two tracks, you’ll find other topics like dinosaurs and quantum mechanics discussed in other songs. You can download this 16-track compilation for free. You can also check out videos for some of the tracks over at their YouTube channel.

Personally, I was surprised to actually enjoy the album so much. If you are a closet geek and have always appreciated learning, here’s a good chance to enjoy it with some catchy music as well. Take a listen, grab the download and make sure to share.