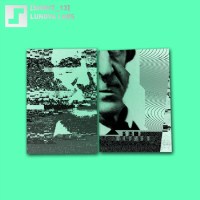 Inspired by transcendentalism, Lunova Labs pays homage to the forerunners of the movement by naming each of the tracks in this EP after some of the leaders’ major works.

This short EP resounds in transcendentalist perception. It takes the idea of spirituality and nature and incorporates them into each cut. The result is a sonic landscape that showcases a mix of vocals and nature samples along with dreamy instrument work.

Listening to [Shhht_13] is like being transported to another world where eclecticism, spirituality and oneness with nature exists. The EP is quite short with only four tracks included. However, each one is worthy of exploring on its own. Opening with the sound of waves crashing on a seashore, Paradise (to be) Regained starts off the moody compilation. It’s actually a slightly upbeat cut with strategic samples here and there. It’s followed by Autumnal Tints, which as its title implies, is a song based on Autumn. Within the song you’ll hear birds chirping and sweet chimes flowing throughout. Again, the resident samples and slightly uptempo beat dominate the track.

Meanwhile, Night & Moonlight is perhaps the darkest track on the record. What’s amazing with this piece is that it clearly evokes the mystery of nighttime. The EP is capped off with, The Over Cut. The song features female voiceover samples that blends nicely with the danceable beat. It’s perfect for completing the record and also echoes the artists sentiments about transcendentalism.

Overall, [shhht_13] is an interesting EP that reveals something listeners often rarely come across; that is a record that comes with a message as well as some really good tracks. Don’t miss out on the download and take a listen.