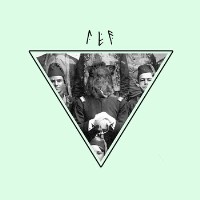 With their droned out indie rock, you can almost tell that these guys are from Chicago. It seems there’s a strong urge for retro style lofi rock in the area and Young Men are definitely on the bandwagon.

Songs of Praise is a 10-track debut compilation for duo T Smith and Drew B. Having formed just back in 2010, the crew are still in their early stages but their sound already rings with a nice sound.

Recorded in their home studio, Young Men is a great group to watch out for.

Containing a slight stoner rock appeal, Songs of Praise makes for a great soundtrack if you feel like relaxing and just zoning out. Starting with the bass heavy Communique No. 1; the track carries a looping rhythm and the band’s characteristic hazy vocals. Even though not everyone likes this dirty, mangy sound at times, it’s easy to put this on and instigate a little sexy dancefloor vibe.

The Arduos March, meanwhile is a sample-filled cut that showcases guitars and what seem to be children running and playing in the background. It serves as a momentary break in the middle of the compilation and exudes a slightly sinister, psychedelic touch.

Young Men specializes in creating catharsis in its listeners. They carry this numbing sound that moody indie rockers would certainly love and appreciate. It may not be for everyone but they’re definitely something to check out.