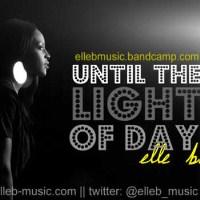 Elle B: Until the Light of Day

Her soulful voice is reminiscent of song sirens of the yesteryears, allowing her to gain a wider audience each time she’s performing.

Until the Light of Day is her latest release and follows up her successful debut, the Elle B. EP. The record comes with 9 free tracks/demos recorded between 2007 to 2010.

Armed with a beautiful indie soul, Until The Lights of Day showcases the singer’s transformation of sorts. It chronicles tracks she recorded during her early days up until 2010 so listeners get a good glimpse of her work.

Opening with This Is Me, the soulful ballad showcases Elle B’s slightly raspy yet strong vocals. Accompanied by pianos and a warm melody, the song is instantly appealing and likable. Although the singer excels in slow R&B tracks since it shows off her vocal range much better (check out Get It Right) her compilation features more upbeat singles. You’ll find tracks like How To Love and Don’t Bring Me Back, to have that groovy dance club vibe.

Overall, Elle B is an artist worth watching out for. Given the right amount of exposure, it’s easy to imagine her tracks playing on mainstream radio. Give this one a listen and see if you like it.