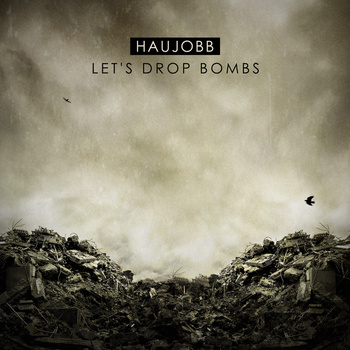 Sounding like you just stepped inside a Rob Zombie discotheque, Haujobb is a cool band that definitely knows their way around haunting industrialtechno music.

Made up of Dejan Samardzic (arrangements, production), Daniel Myer (arrangements, vocals) and Manuel G. Richter (synths, noises, drums) joins them for live performances; the album is one masterful record that deserves a pedestal.

If there’s one thing you can count on from Haujobb, it’s their capacity to create soaring beats that will incite a frenzy on the dancefloor. Let’s Drop Bombs opens the exciting compilation with a mix of deep, sultry and dark vocals as well as some throbbing beats. A perfect opening song to get you in the mood for some heavy dancefloor takeover.

Membrane is another single that is definitely a classic club track, you could almost sense the strobe lights and the sweaty bodies all pulsating to the beat. It’s an energy-filled single worth to check out. Capping off the record is The Ultimate Trap, a somewhat industrial disco vibe envelops the cut. It also carries that distinct deep vocals and thumping bass from the group.

If you’re looking for a record to play on that rave you’re putting together, this is the one to check out. From beginning to end, there’s nonstop energy. The best part is that this one is offered at a name-your-price download so take a listen and grab it now.