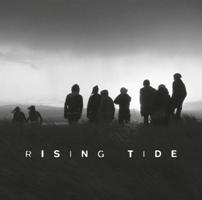 For the past decade, horror movies have taken a steep decline in quality but Rising Tide is certainly a game-changer.

Premiered last August 2011 at the Tyneside Cinema with a sold out crowd, this full-feature film is a coming of age piece that will make you grab for your seats. It’s directed by Philip Shotton and Dawn Furness under Northern Film & Media production funded through Northern Film & Media’s Film Innovation Fund.

With school exams over, a group of close friends plans a final camping adventure in the tidal island of Lindisfarne. But the group’s newbie, Izzy, is hiding a dark secret that’s waiting to take revenge on the terror-stricken teens.

If you think that this is just be another film with the same-old tiring plot, well, think again. Featuring a script developed by the cast through workshops and improvisation, this is a revolutionary masterpiece for movie lovers that demand something different. The story is a melting pot of teenage desires and uncertainties, brewing them to a twisted story of paranoia, loss, and revenge.

All in all, Rising Tide is a mind-blowing roller coaster ride of a movie. And like the best thrill rides, you’ll definitely want to go back on and on again.

So turn off the lights, grab some popcorn, and enjoy a one-of-a-kind chilling experience.