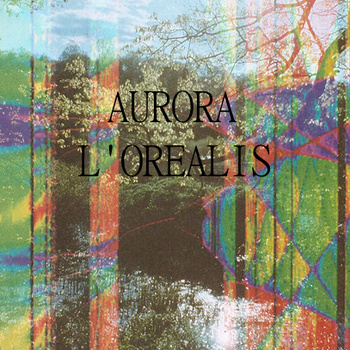 The surprise use of tambourine, combine with the unusual remixing, and a whole lot of punch of low textured vocals, makes Autumn Frequencies, a collection of dreamy, alternative songs that are indeed an “out-of-this-body” experience.

Aurora L’Orealis is a five-member band and have been performing their original songs as part of their live set. The tracks were recorded between 2011 and 2013. The band’s current members are Tim Foley (guitar), Patrick Dunn (guitar and voice), Harry Kucharik (voice), Madelyn Natzke (bass), and Maxwell Guerrieri (drums and tambourine).

Keeping up with the “psychedelic” theme of their album art, Looking Glass is a fascinating track that will hallucinate your senses—in a good way. Here, the instruments used by the band are played in such a psychedelic fashion, might be bit of eccentric to some pop listeners, but this is a treasure for alternative listeners. Among the rest of the album, this track is quite a charmer.

Wisdom is arguably the most moving track in the entire album. There is more than angst in this track. This is the perfect song you need to hear when you are in a long travel. Here, the band moves toward the so-called alternative song route. Despite this simpler—in terms for instruments’ blending, the vocals here are given emphasis and that simply rock.

The Nothing You Know is definitely a hit. With its intriguing title, you will be drowned the amazing fusion of instruments (especially in that particular first two minutes) from the tambourine, drums, darbukas, and synthesizers. Upon hearing the instruments in the first 1-minute of this track is like listening to a song with thousands of words. The track features a more dreamy vibe among the rest of the album. You will never get bored with this track. You wouldn’t even notice that it actually runs for almost seven minutes.

Autumn Frequencies lived up with its name as it induces an astronomical sonic experience. This album is definitely worth of buy.