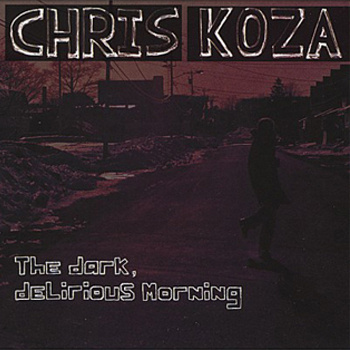 Chris Koza’s The Dark, Delirious Morning should be what the sea is to summer, or flowers are to spring: a landmark release.

Based in Minneapolis, Chris Koza is an enviable singer/songwriter with three albums that never turned mediocre. Either a solo artist, a duo with longtime guitar player Peter Sieve, or with his band Rogue Valley (which had its own special appearance on FrostClick), Koza steps into the spotlight fully-loaded with precise craftsmanship and talent.

Released last June 2008 together with his fellow band mates, this album offers twelve tracks that place their roots on the folk Americana tradition.

Title track The Dark, Delirious Morning opens with a purely folk aesthetic. Playful guitar strings perfectly kicks off as it illuminates the overall mood of the album.

Making use of the piano as a key player to this song, With or Without showcase the band’s knack for detailed instrumentation. The Avalon, on the other hand, steps out of the shadow with perfectly rendered and infectious melodies.

Over the Clouds, Under the Weather seals the album with a slow and sweet ballad. Glowing piano keys add a subtle texture to the whole track.

Overall, The Dark, Delirious Morning is a clever album with solid tracks that establishes a distinct brand for Koza and his band.

So download, press play, and enjoy folk music at its finest!