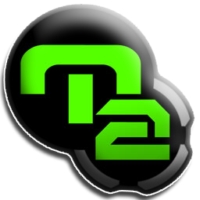 TAGAP 2 (The Apocalyptic Game about Penguins) is the sequel to the original TAGAP game. Developed by the Penguin Development Team, it offers more action and adventure. This 2D platformer and shoot em up sees the team up of Pedro and Pablo, the cyber-penguins. Together they battle the zombie penguin army of the dastardly General Primo.

TAGAP 2 improves on the original with new weapons, environments and better graphics. The gameplay is more dynamic and bigger in every sense. Pedro can provide air strikes while Pablo can use electromagnetism and grenades. As per action games, you have a lot of weapons to choose from including chainguns, flamethrowers and so on. More powerful weapons are available as you progress. If power ups and heavy guns are not enough, you can control vehicles.

TAGAP 2 starts in New Zealand and Antarctica, but it branches out into other places including cities, an urban construction site, a mental ward, a jungle and more. If you make it to the final level, you will be in a mecha-penguin driven by General Primo. If you have played TAGAP, this game will be easy to pick up. Even if you haven’t, the controls are easy to learn. Warning: the enemy penguins are a lot tougher this time around.

The presentation is very nice, with 3D accelerated graphics effects combined with traditional 2D gameplay. A cool soundtrack for the game is also available. Advanced gamers can also use the level editor to extend its lifespan.

TAGAP 2 can be played by two people, with one taking the role of Pablo. The game is designed for Microsoft Windows 7, Vista and XP.