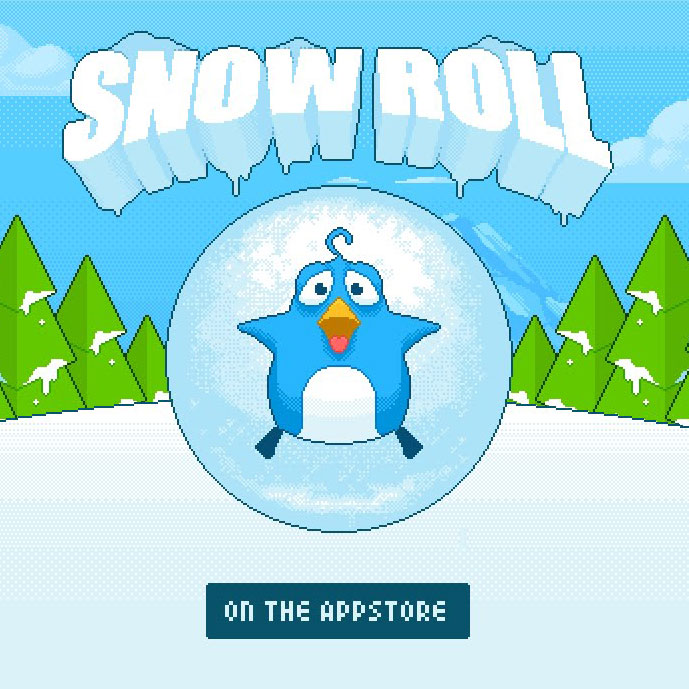 Some games look so simple that anyone can play it, but mastering it or trying to advance can be a maddening yet addictive experience. A good example of that is Snow Roll from Happymagenta. The premise is simple enough: control a penguin that’s racing down a mountain while on a snowball. Sounds simple yes, but it isn’t.

The penguin is only capable of moving diagonally while racing, and while that doesn’t seem to make the game difficult, it does, because a lot of dexterity is needed to last even 15 seconds. That’s not an exaggeration as this is reminiscent of Flappy Bird, that notoriously difficult game.

This isn’t to say that Snow Roll is a bad game. On the contrary it is addictive and one of those titles that will have you grabbing your iPhone for “one more game”. The thing that makes the Snow Roll such a challenge is every game is different; no two rounds are the same.

This also means the difficulty levels will vary. In some games you will die in seconds while in others you will last longer than you might think. It’s precisely these reasons why the game is so addictive and will have you coming back for more. You earn a point for every second you manage to stay alive, and there are also coins you can collect for playing in a mini game.

Snow Roll also has a few power ups that allow you to last longer, but more than anything else, it’s the challenge that will have you wanting more and more.