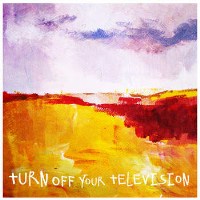 Turn off your television

Turn Off Your Television lives up to their name. Everytime you listen to their songs, they do want to make you turn off your television or simply tune out from all the hustle and bustle of your life to relax and enjoy some great quiet folk pop rock music.

This Swedish trio’s sound is everything you need if you find yourself stressed and want something to soothe your overworked nerves.

What’s even better is that the boys offer up 12 awesome tracks all for free. It’s quite a treat considering that the entire album provides one great track after another.

When it comes to their sound, Turn Off Your Television knows how to win over listeners. Thanks to their skillful fusion of melodic guitars and beautiful harmonies; you’d think that their sound is a part of nature’s orchestra.

Opening single, I Just Cleaned The Floor, is a catchy little ditty that incorporates subtle guitar plucking and a countryside folk feel. It’s what you would be playing if you were hanging out by the riverside somewhere enjoying the light morning sunshine. My Satellites, meanwhile, is the longest song on the album at five plus minutes. Favoring a slower 70s rock vibe for this one, the cut would be in comfortable shoes if it was released during the era. Meanwhile, Here Comes The Clouds, is a nice, slightly brooding, indie rock song while A Different Kind of Joy, feels like a 90s pop rock song.

Perhaps that’s why Turn Off Your Television is such an endearing band; there’s a little bit of something for everyone. Whether you’re fan of folk, indie rock or 90s/70s music; it’s easy to see a bit of that in this album. Grabbing this one will be worth it, for sure. You can head on over to their BandCamp page for the download and also make sure to check out their singles and other compilations.