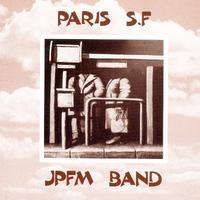 Get ready for some first class progressive jazz tracks from JPFM Band / Fox band. Combining smooth jazz with hints of RnB, funk, trip-hop and lounge, Paris S.F. is not your typical instrumental smooth jazz compilation. Composed of 2 ‘faces,’  Paris S.F. may not give you a long playtime, but it will definitely appeal to jazz, blues and jazz fusion lovers.

The band was founded in 1996 by Jean-Pierre Venard and Jose Tagus as the JPFM Band. In the long run, they became the Fox Band. The Fox Band now continues what the JPFM Band started, and that is to continue to bring Jazz-Fusion music to the world. They are now based in Châtillon, France.

The Fox Band is now composed of 4 people aside from Jean-Pierre and Jose. Igor Brover joined the a few years back after working in different clubs in Paris with different genres like Latin, salsa, blues and funk. Frederic Turban is now the band’s drummer. Together, the Fox Band continues to bring the love of blues and smooth jazz to its lovers.

Paris S.F. has two ‘sides’. The first one has three tracks which are quite upbeat. You can easily hear traces of funk, even some RnB and a bit of heavy guitar leads. Nonetheless, it still gives that jazzy feeling with a bit of a kick. Although they are faster than the usual jazz tracks, it still serves as an uplifting music.

The second one, Paris S.F. face B, has four cuts which are more mellow and slower as compared to the first one. However, it still doesn’t lose that smooth, jazzy flair mixed together. It includes Speed Day , which has some really great piano melodies with a powerful electric guitar lead.

With a total of 7 tracks in their Paris S.F. albums, the Fox Band just shows that music can be mixed with just about anything, and still sound this good.

This work is licensed under a Creative Commons Attribution-Noncommercial-Share Alike 3.0 Unported License and is available as a free download from Jamendo.com.