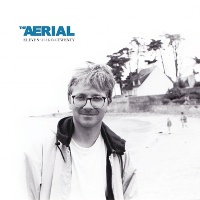 The Aerial is a four band group that plays electronic, dance, pop, and fusions of rock guitars and dance beats. These combined with their French descent produces and create an impeccable new school genre of music.

Clarity kicks it off with a lively and vibrant set of instrumental sounds that immediately sets the compilation’s mood and tone. The vocals are fast, high pitched and very catchy. Kick It Up follows with a consistent percussion beat that boosts your inner dance jive and playful side.

The four track album wraps up with Losing My Head, probably saving the best among the rest for last. It features the element of RnB rapping with a little bit of reggae influence on the sides.

The Aerial promises a lot and is really full of talent and potential. Give them more time to hone their craft and you’ll be damn sure they will flourish and succeed.