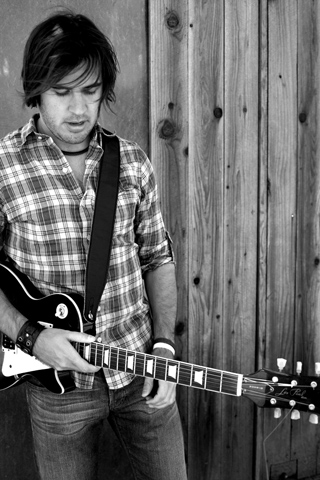 It’s hard to hate a musical genius like Andy Lange once you’ve listened to his new album Find A Way. Released last August 2011, the ten-track collection delivers tasteful music that’s too good to be left unheard.

Andy does his own music from playing, singing to recording, mixing and production. But his versatility doesn’t stop there, as he was also nominated for an Emmy in film, TV and video game sound mixer.

Layered acapella vocals open up in I Won’t Be Late, this vibrant song with upbeat rhythms is an eargasmic experience.

Unwound deploys every trick in Lange’s box: catchy vibe, a contrasting yet brilliant mash-up and an intricate experimentation. The mix of stingy electric solos with an almost-children-song tune is fresh to the ears.

The track entitled Lovely Woman is an eclectic work lurching between heavy drum beats and infectious ballads. Unlike its predecessor, this song is tender in its arrangement. Everybody’s Silent, on the other hand, is amazingly psychedelic with elastic vocals and lazy electric tunes. It’s that kind of song that’s perfect for late night dinners during the weekend.

Key-enhanced Find a Way will leave the listener in awe. This well-crafted piece is backed up with a soothing phase, key-enhanced tunes and soul-baring lines.

After listening to Find a Way, there is no doubt that Andy Lange has proven his craft. The artist definitely knew his winning formula. The sound and style in this collection contrast with each other as the colors on its artwork cover.