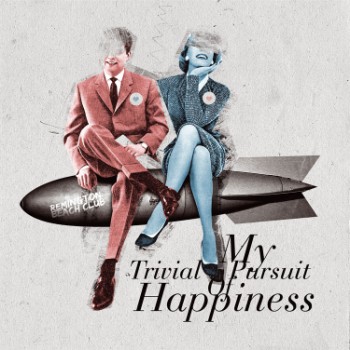 My Trivial Pursuit of Happiness might be a few years old but the years haven’t robbed it from its unique sound. Delivered by Bremen based quintet, Remington Beach Club; it features a mix of old school, indie and even slightly surfer rock.

The band is composed of “Pretty Gridschneider, Michael Meraklis, J.R. Rip-Off, Schmidtrock, and Vuk Voltage.” My Trivial Pursuit of Happiness serves as the group’s first official album after debuting with an EP titled “Welcome To…” back in 2007.

It contains 10 available tracks that are absolutely free for download. However, if you like the band and feel like supporting them you can also purchase a copy of it over at Amazon.

Okay, for starters, the album might be a bit too jangly for some people. You’ll also hear that “hipster indie rock influence” and the band expanding to showcase what other stuff they have up their sleeves.

Tracks like Remington Beach, deliver a more raw, rock and roll feel, complete with gutsy singing/part wailing. Plus, the groove is catchy and no doubt a real crowd pleaser when played live. Another cool track to check out if you love uptempo beats is Heavyweight Champion of Love. There’s something easily likable about this one or maybe it’s because it’s so damn catchy and perfect for dancing. You easily just sway without even realizing it.