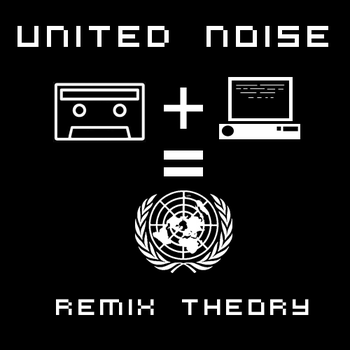 If you’re up for some industrial music, you’ll find something to enjoy from this record by United Noise.

The album was released back in 2011 and is described by the creators as “a remix album from a bunch of mental electro industrial techno heads who live in Scotland.”

United Noise is a band to check out for your daily industrial electronic fix. Coming in with some dark, industrial sounds, you’ll find traces of Nine Inch Nails from much of the tracks in this record.

Remix Theory is a solid mass of beats, alternative guitars, and samples. From the getgo, Metaltech’s Burn Your Fucking Planet, is a mind boggling set of electronic sounds and dance. It’s a personal favorite and when you listen to it, you’ll understand why. Other tracks to note of include Supremacy, What Do Black Holes Do and Cry Wolf.

It’s an extensive record that definitely satisfies whatever rock/electro industrial craving you have. Gorgeously mixed, it’s easy to find these songs as a staple on the dance floor. Take a listen and grab the download.