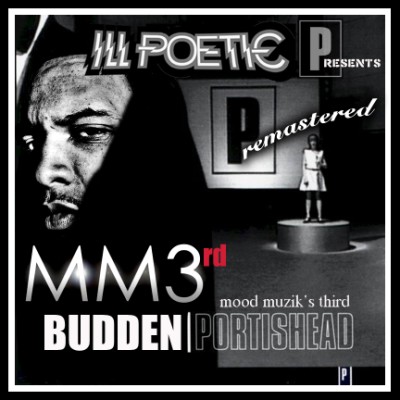 Initially released back in 2008, Mood Muzik 3 was a mash-up compilation between Joe Budden’s project as well Portishead’s current and old music. By 2010, the people behind the scenes decided to remaster the record to coincide with Joe Budden’s Mood Muzik 4 album.

This time around though, the tracks are more polished and they’ve snuck in a bonus cut for the fans. Although the whole mash-up thing has died down, this is still a great find if you’re fans of either Joe Budden or Portishead.

For the unfamiliar, here’s a little background for both artists in the mashup. Joe Budden is an American rapper from Jersey. He’s a solo artist but is also a part of hip hop crew, Slaughterhouse. Initially signed onto Def Jam, he eventually left for personal reasons. Despite the drawback, he took this freedom and created his own compilation and mixtapes.

Meanwhile, Portishead probably needs no introduction. They’re one of the bands that spearheaded trip-hop music back in the early 90s. Fronted by the Beth Gibbons, their sound is both mesmerizing and experimental. The band were on tour as recent as 2011 even though they went on hiatus for awhile, they eventually decided to perform again as a band.

This remastered mash-up brings two of these opposing forces together to compose a sonically interesting result. Several tracks that capture the mash-up essence perfectly are Warfare, opening cut, Hiatus; and Thou Shall Not Fall.

Overall, it’s a nice little combo if you want to be a bit experimental with your playlist. Mash-ups may no longer be en-vouge but this one is worth the listen. Check it out.