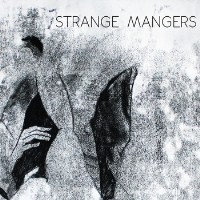 Listening to the band’s melodies, you’ll capture a whiff of melodic guitars, coupled with hazy vocals and an expansive range of sounds that seem to take you from dreamland, reality, and back.

Although the band is still new and there’s hardly anything about them online, their sound is enough to convince listeners that their post rock attitude is worth checking out and listening to. Their album is currently available for free at BandCamp.

Post rock bands often have it hard. There’s very few people who appreciate the complexities of the sound and instruments, so it is tough to find an audience who doesn’t feel alienated with all that hullabaloo going on. Luckily, Strange Mangers, isn’t as tough to comprehend even for those who aren’t necessarily into post or math rock.

This six-track mini compilation is a melodic and densely structured album that’s easy to listen to. Starting with the shortest song on here, Pilcrow is a near two minute single filled with lush instrument work and a laid-back vibe. Sweet singing doesn’t begin until near the end and it’s not even very prominent which only adds to the air of mystery to the song.

It’s followed by tracks, Bottom of the Bag and Velvinare, the former featuring vocals while the latter remaining true to the more quiet sounds that remind me of Radiohead in places. There’s an air of somber moodiness to the entire record, much like there’s a hazy fog on a quiet morning. Even though the band manages to satisfy their math rock listeners, the record is still easy enough for anybody who doesn’t care about the calculated instrument work or complex arrangements. It’s worth checking out and downloading if you ask me.