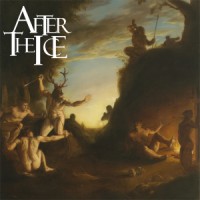 Paul Lisak & After The Ice – It Happens All the Time

Mashing old school rock with today’s synth pop rock, tied with engaging vocals to match. Paul Lisak and After the Ice is definitely a band that’s worth waiting for. Channeling both mainstream and indie at the same time, they reach a niche that few ever make.

Their mix of psychedelia and indie rock along with easily likable rhythms and beats makes them an easy band to like. It Happens All the Time is the band’s debut EP and comprises 4 solid tracks that embody what the band is capable of.

The musical trio of Paul Lisak on vocals and guitar; Tomek on drums; and Hamsah Bashir Khan on bass guitar, creates an eclectic mixture of sounds, creating music that they describe on their Myspace page as the sound of “Led Zeppelin, Pink Floyd or the Mahavishnu Orchestra, throw in a mixture of sounds like Radiohead, U2 or even Muse….” In the mix, you’ll see After the Ice in there.

The band has garnered various awards including winning the grand prize for the Jar Music Breakout Festival which was held at the O2 Carling Academy in the UK. As a result, the band was tapped to headline the first ever Maldives Breakout Music Festival. This was a first for the island as well as the band.

It Happens All the Time has also received a great welcome from various fans all over the world. This 4 track EP opens with the title track, which is a fun and upbeat song that incorporates great vocals from Paul. Tripping is another upbeat track that somehow shows a bit of Muse and a hint of Bono-esque vocals on its sleeves. Thursday Morning is a compelling track that shows how the band can shift things up and go for quiet tracks as well. It is said to be a tribute to the London tube terrorist attacks.

Much of 2009 has seen the band tour to promote their EP and new singles. It extends further into 2010, where the band is set to perform in various gigs in and around London and the Southeast.

This work is licenced under a Creative Commons Licence.