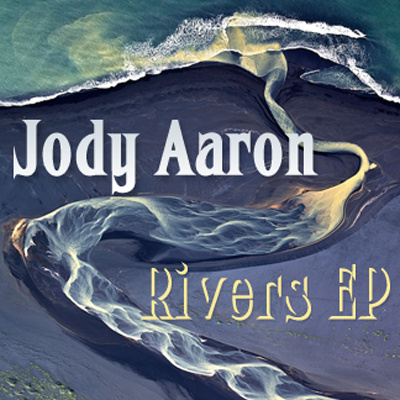 Pop rock has returned to its irresistible form, thanks to Jody Aaron.

An accomplished songwriter, Jody performs some of his own compositions when not busy penning tunes for others. His debut EP Rivers, which he recently released, is one good mixed bag of treats; kudos to Scott Matthews for producing.

The result is a brilliant 5-track collection of acoustic, rock, and folk goodness, which he cleverly brands as “New Nashville”, probably owing to the fact that he was strongly influenced by the city’s scene.

Fall in love with the music right away on “I’m So Glad I Met You Tonight“, the opening track that’s heavily reminiscent of the adult contemporary fodder that reigned 2005. [8 years ago? How fast time flies!]

Slow goes steady on a “Bed of Thorny Roses“, where Jody slightly gets his feet stomping for a future pub staple, before turning around onto introspective territory.

“Sleep, Little Boy” stands out among the last 3 offers. With a ukelele-driven arrangement and playful bildungsroman lyrics that deviate from the usual romantic stuff, this CNN-winning musician might just be the worthy comparison to the more seasoned Jack Johnson.

Jody’s the one to look out for, people.